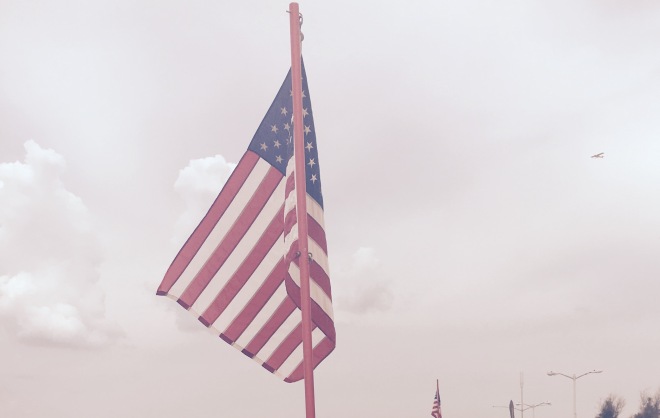 This past week, the nation tuned into Attorney Jeff Sessions’ announcement on the termination of DACA. News outlets were then eager to interview DACA recipients to share the stories of these youth. DACA (Deferred Action for Childhood Arrivals) is a program. It did not offer a pathway to citizenship or permanent residency.

When the program started in 2012, it was “subject to renewal,” which meant the program was a temporary fix. Homeland Security stated strict eligibility requirements for the program, aimed at protecting youth from deportation. All DACA recipients were granted temporary work permits, which in some states were used to apply for driver’s licenses and in-state tuition. The program has a filing fee of $465.

What Congress is supposed to do within the next 6 months, shape the future of thousands of young lives, Congress had to do sooner or later.

Congress is long overdue, overdue like a library book found in the attic. Under Obama’s administration, the DREAM Act was proposed, which would create a way for undocumented youth to become citizens. In the White House Archives President Obama is on record: “I have said time and time and time again to Congress that, send me the DREAM Act, put it on my desk, and I will sign it right away.”

Congress did not pass the DREAM Act in 2012; instead, that year, President Obama pushed DACA into existence.

The program was to be renewed every two years, during which years Congress was to find another solution. The Trump administration’s decision to end DACA speeds up the necessary discussion about citizenship rights for youth who grew up believing in America and feeling American.

Who gets to be American? In a nation built on the abuse of Blacks and Native Americans, American somehow boils down to a birthright.

The U.S. is a country that offers birthright citizenship, or if born overseas, birthright through parentage.

This is because the 14 Amendment, enacted post-Civil War, states, “All persons born or naturalized in the United States, and subject to the jurisdiction thereof, are citizens of the United States and of the State wherein they reside.” As baby, a person has a land to claim, a land that will protect them.

Because of birthright citizenship, some children have parents who are undocumented. Because of birthright citizenship, some mothers give birth in America. It happens. It’s ridiculous and shameful, not for the parents but for the countries that these children aren’t being born to. Something is horribly wrong if a mother has to consider geography when giving birth.

Trump proposed an end to birthright citizenship during his campaign. Whatever your opinion about the President, he wasn’t wrong in bringing up the issue. In some countries, citizenship isn’t automatically granted upon birth. In 2013, the Dominican Republican took away citizenship from thousands. A ruling declared that persons born after 1929 without “at least one parent of Dominican blood” did not qualify for citizenship. It is a ruling that is still being questioned.

In the U.S., a person born in another country has to apply for citizenship in two ways: 1) citizenship through parents 2) naturalization which often requires reaching permanent resident status.

When we talk about a pathway to citizenship, we are skipping the first step: a pathway to permanent residency.

Permanent residency must be petitioned for or sponsored by an employer, a family member, or a spouse. In some cases, victim-survivors of domestic violence, incest, or rape, can apply to U-visas. Refugees can also apply to citizenship. One of the barriers to permanent residency is the lack of education about the immigration system. Another is economical: affording an immigration attorney. I believe there is a third barrier: all cases are not equal. All lawyers are not equally qualified or capable. The process is complicated.

Over the next months, it’s important to think about what we mean when we use the word American and legal Americans.

At the beginning of 1942, President Roosevelt issued executive order 9066. If you visit the Japanese American Memorial in Washington, DC, you will find etched in stone the story of how 120,000 Japanese Americans were mistreated during World War II.

Were these Japanese-Americans illegal? No, they were American citizens. Was America scared? Yes, and America is still scared. Today, documented and undocumented Americans face fears about job security, terrorism, quality education, and ownership of homes.

As a community member, as a fellow human, I want to acknowledge those very real fears.

It is not easy to make a living in America.

Yet, some people manage to live in America, with different degrees of success and survival. In the U.S., some people view undocumented youth and their parents as an enemy force. The enemy, however, looks more like a stubborn Congress, mass incarceration, natural disaster, low-wage, greedy corporations, and inadequate healthcare access.

In other words, the enemy isn’t touchable, which doesn’t matter because the hero walks like you, laughs like you, looks like you. Dear reader, the hero is the you that comes to understand political problems are indistinguishable from human problems. It is the you that recognizes the face of another human to find yourself.